Opening his 1953 novel The Go-Between, Leslie Poles Hartley famously wrote, “The past is a foreign country: they do things differently there.” Hartley’s dictum evokes the historian as traveller. He or she takes on the privileged role of both explorer and translator. Sometimes reluctant, sometimes shrewd, this confused interloper relentlessly investigates with the aim of sketching a narrative map to explain the terrain of yester year. In the process they become a tourist of Otherness in a land where eccentric natives necessarily go mute.

Having been to a departmental research symposium today, I enjoyed it when my colleague Brian Machin presented a piece on his attempts to trace a family member who died in World War II. In his research Brian found several accounts that did not match and he began to consider the instability of memory as a source material for historic narratives.

As a researcher, Brian was stuck behind enemy lines without a solid map. We have often discussed the dilemmas of history and memory that he encounters and I have no intention of stealing his thunder here, but I want to discuss some things that struck me during Brian’s paper. In particular, while the central narratives of history are freqently deconstructed for being “porous” and ideologically motivated, it seems to me that we sometimes forget an associated issue: that of the historian as a reflexive agent in the narrative they are creating. 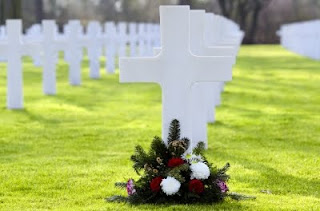 I recalled James Clifford’s argument about anthropologists, that by subtly exporting Western language and concepts (for example, the bloodline notion of the “tribe”) researchers have actually created the very phenomenon they are claiming to report. Transposed to the colonizing narrative of history, here the historian is not just editing the past, but empire-building from the present, making in an effort to annex the foreign country that they are actually creating through their maps. And I suppose that – since ideologies are slippery and hidden as “known unknowns” – that process happens in part unconsciously, as we project on to the past. The historian therefore plays God as their subject then becomes a zombie-like doppelganger, wandering the half-forgotten marshlands of narrative memory, looking for a closure that we can choose whether we want to give them. I suggested to Brian that, in a sense, he was responsible for closing that narrative that he had started to excavate / create / curate.

The episode reminded me of Jean Baudrillard’s comeback when he was accused of eschewing the historic mode of explanation. With a whiff of irresponsibility he replied, “I don’t deny history. It’s an immense toy.” If history is such a toy, why do we play with it the way we do? To call the narrated past an individual and collective projection is not to reduce it to mere psychology. Ideologies always become values and beliefs, which in turn give events personal meanings. These meanings are emotionally expressed as memories which in turn contribute by allowing survivors to select facts and interpretations that acts as founding moments in accepted historic narratives. Finally those narratives feed back to become a resource for personal and social identities once again. (Think, for example, of the role of national identity in understandings of the trauma of war.) To cut things short I would say that we tell stories about ourselves on the basis of faulty premises, basis because our own ideologies act as founding filters for our emotively remembered past.

I wondered, would my colleague Brian have written differently if he had no family connection to his subject? Although the dispassionate historian is a myth, the distanced historian can more easily become a punk. I am thinking of Michael Lesy’s book Wisconsin Death Trip in that respect.

Lesy both closed his narrative of frontier America (around local insanity) and opened it up again (but juxtaposing a craftily selected range of historic and fictional sources). The result was entertaining – as Lesy trawled through various vandals, arsonists and tear-aways – but I always thought it was a bit irresponsible on its author’s part. I mean, how would you like it if your family was selectively portrayed as a gaggle of frontier fruitcakes? Oddly, one answer came from an enthusiastic reviewer on Amazon.com who took Lesy’s story as unproblematic reportage and explained that it had motivated him to examine his own family roots in Wisconsin. To me he seemed like naively mistaking a constructed parody for an authentic resource.

Relativists might say that, well, as audiences we all make up the meanings in our own heads. What this argument forgets is that historians give us the initial resources and tools that we deploy in our quest. While people do make their own meanings, they do so in contexts not entirely of open or of their own making, situations in which – whether for pleasure, closure, or ideological affirmation – readers frequently collude with narratorial leadership.

Historians, then, necessarily forge their passports to the past in the process of (re)making the terrains that they travel. Their debt is not to some mute original fiction, but ultimately to the ideologies, values, beliefs, feelings, and of course disciplines, that guide them as authors.