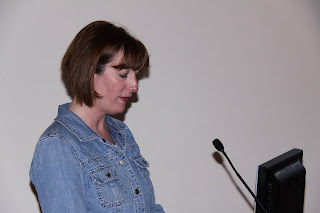 Perhaps more than any genre of popular music, early punk rock sought to blur the boundaries that separated performers from their fans and to lay claim to an inclusiveness that encouraged fans to make the transition from audience to stage. Early British spectators like Siouxsie Sioux and Sid Vicious were emboldened to take this step because of punk’s “do-it-yourself” ethos, which challenged conventional notions of musicianship and performance. In the early days of the movement, these challenges seemed to extend to existing gender barriers, and many female fans appeared to make an easy transition to the stage (for example, the Slits, the Au Pairs, the Raincoats, and Sioux). However, as punk was absorbed into mainstream popular culture in the late 1970s, the promise of gender equality quickly evaporated and the genre tended to be more strongly identified with its male participants, particularly those who had signed to major record labels (the Sex Pistols and the Clash). Looking at the portrayal of women in fanzines and album covers, and descriptions of female performances in the press, this study will examine what went awry for female fans in their quest to move from fandom to stardom.