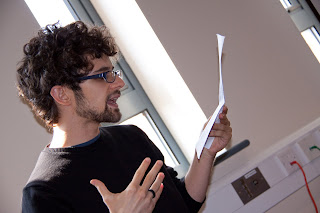 My proposal aims to explore the historical formation of a certain discourse on music fandom in Italy. In particular, I will focus my analysis on the way in which two 1970s magazines, Gong and Muzak, constructed the image of the pop music listener through a certain kind of “decisionist narrative” (Matt Hills: 2002), which framed fans according to an opposition between rational and ‘affective’ forms of music fruition. However, providing an overview of magazines’ historical and cultural context, I will show that rather than condemning (or denying) the affectivity of fandom, they employed contradictory strategies to legitimize it through politics and ‘high theory’. In this way, press’ narratives reflect the wider crisis of the dichotomy between ‘the personal and the political’ that took place within the Italian youth movements toward the end of 1970s. This proposal is part of a more extensive project on the Italian music press history, which employs fan studies to contribute to the historicization of discourses on (and images of) music fandom in the Italian context. My aim is to address the question of the historical emergence of fan cultures taking into consideration their media representations.