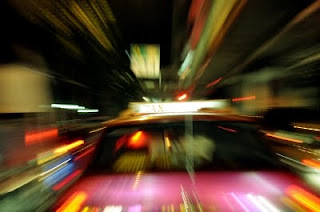 James Dean, Jackson Pollock and Princess Diana died in them. Jim Morrison was supposedly traumatized by watching one. JG Ballard thought they were sexy. What am I writing about? Car Crashes. I can remember some years ago there was a headline in my local paper, “Double Death Smash: Wall of Silence.” Since then, I have been interested in the social symbolism of these violent accidents and the way they resonate in popular culture.

I should say right from the start, this has nothing to do with the immense personal tragedy of real crashes; real horrors that nobody wants and that have touched the lives of many I know. Ironically, popular culture glamorizes what in real life can only be experiences of deep personal shock, pain, loss and bewilderment.

To focus instead, then, on the mythos…

Catastrophic, momentary and spectacular, car and motorcyle accidents have inspired stories, films and many, many songs. So how do we explore this complex subject? I want to argue here that the mythos of highway crashes romanticizes them as tragic comments on modern society.

To understand the crash, we have to start with the car. Cars are, in some senses, the ultimate symbols of modernity. They are machines for living in which represent the triumph of Enlightenment science and the will to create new technology as vehicle for social progress, but also the flip side of the era too: alienation, the belief that science can solve human problems and the submission of the individual to mass consumerism. Henry Ford’s famous Model-T is still resonant here as symbol of massification and advanced form of industrial cloning.

As expensive commodities, cars have become both gendered and sexed up by the advertising industry. They have also been customized, used symbols of individualism and personal style. In America, they represent the steel horse: a vehicle for men to negotiate the new frontier. The pleasure of driving a car on the open road marks an obsession with power, control and speed. To recklessly and aggressively push the limits is a characteristically masculine response… In a sense, then, the car crash can be read as a catastrophic implosion that is actually an inbuilt in contemporary society. The mythos of the car crash therefore positions it as burn-out: an ironic fulfilment of patriarchy, the military-industrial complex, and commodity culture.

On top of this, there also is an inherent ambiguity in crashes: was the glamorized tragedy a complete accident or macho suicide? The way that celebrities die is often taken to be an indication of how they lived. James Dean’s troubled mind was projected into the violent crumping of his Porsche Spyder. Diana’s last moments already placed her as a victim hounded by the paparazzi. In the same way, car crashes in popular songs and biographies have become symbolic of their era or particular. Take Jan and Dean’s famous surf tune ‘Dead Man’s Curve’ from 1964: the song is about wreckless, adolescent boy racing in the face of mortal danger. In a similar way, The Shangri-La’s ‘Leader of the Pack’, from the same year, paints the death of a motorcycle gang leader as a romantic melodrama. The ideological message in these tunes suggests that those who epitomize wayward youth will come acropper before they can enter the more mundane realm of adult responsibility. Two years after ‘Dead Man’s Curve’, Bob Dylan’s motorcycle accident near Woodstock was represented as an epiphany which alerted him to the absurd pressures of the celebrity machine: “I realized, ” he said, “that I was just workin’ for all these leeches.” The smash jolted him into a moment of personal authenticity that was represented by the spartan folk of his LP John Wesley Harding. 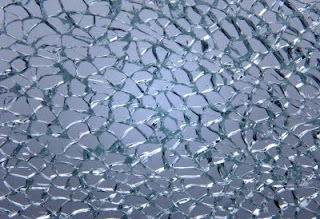 Another high watermark in the cultural history of the traffic crash was in 1970, when JG Ballard released The Atrocity Exhibition: a bizarre, fragmentary novel that made reference to President Kennedy’s televised motorcade assassination, from which the author drew emotional intensity because he indirectly associated with the death of his wife. That book, and the ‘Crash’ story that came from it (made famous later by David Cronenberg’s screen version) featured the idea that car crashes were orgasmic experiences. Ballard’s perverse metal-on-metal sensuality combined an air of futurism with a cryptic critique of modernity: the end point of all this fetishization of logic and machines, he said, would be pornographic. It would be about as human (or rather as dehumanizing) as an alienated sexuality. Ballard’s tactical implosion inspired a wave of creativity in postpunk music led by both Bowie and, more famously, The Normal’s missing-link electro track, ‘Warm Leatherette’. The cover featured crash test dummies, which in turn vouched for crashes being a normal part of the industrial process (and of course crash test dummies then being idealized as post-human citizens).

That shock wave, I think, pretty much brings us up to the contemporary era, where the road is no longer entirely real. If we live in the era of the “information super-highway” (already a tawdry cliche), then the crash is now between the virtual and the real. As we implode across the unnatural terrain of cyberspace, we will encounter unforseen curves and new injuries to our humanity.