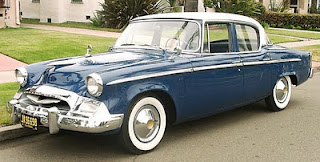 From Cadillacs to tour buses, motor vehicles and popular music have developed in parallel as symbiotic commodities. Their intimate and intertwined relationship evokes issues and feelings that characterize life in modern society. The conference aims to outline and discuss this relationship between these two culturally charged commodities…

Dr Chris Hart is Senior Lecturer in Advertising at Chester. He recently co-managed the largest study done to date into the economics and social impact of historic vehicles in Europe.

Dr Mark Duffett is Senior Lecturer in Media and Cultural Studies at Chester. He is known as a popular music scholar whose central interests include fandom and Elvis Presley.

Dr Beate Peter is a member of the Institute for Performance Research at Manchester Metropolitan University with research interests in music psychology and popular culture. Her comparative study of techno in Detroit and Berlin is to be published in Spring 2012.