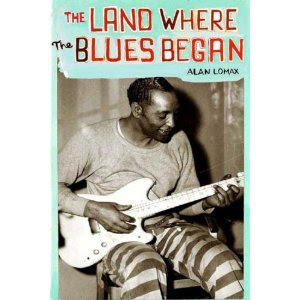 I’ve just come back from a pilgrimage the IASPM-UK and Ireland 2012 conference in Salford. The theme of the conference was “imagining communities musically” and issues of place, location, myth and pilgrimage were in the air, from Barney Hoskins’ keynote to Dr Les Roberts’ paper about music and magic.

In a sense, the first blues pilgrim was not necessarily the first person to take a field recorder to document a black performer in situ. According to Paul Oliver that was Ralph Peer, who recorded Lucille Bogan of Atlanta in the summer of 1923 for Okeh Records. The blues eventually became less a genre than a paradigm, idiom and filial line. Ideologically, it required troubled male performers and recordings supposedly unadulterated by commerce to evoke an ethnographic encounter that would be counted as authentic folk blues. As a vaudeville singer, Bogan never made the cut. Pioneer status was instead accorded to John Lomax, the bank worker / academic who went to record Leadbelly in Angola State Penitentiary ten years later. John was often joined by his son Alan on such trips. Beyond Alan’s own books and John Szwed’s biography, this online resource does well to document his career.

John and Alan Lomax are often celebrated as the first pilgrims who went down to the Delta to see what they could find. They were understood as “ballad hunters,” as if a folk ballad was a living, thriving, breathing, self contained, natural thing – a rare species rather than a living cultural network. As we join them on their exciting trail, they act as privileged collectors and tourists, avatars whose fandom valorizes our interest in the blues music they eventually helped to commodify.

The rich seam that the Lomax’s mined, of course, was not necessarily black labour so much as the hypothesized social distance between “primitive” and “modern” subjects (the authentic black blues musician in inauthentic white blues lover). Field recording became a ritual: a modernist incantation, a drawing of the great social divide across which only soul music, healing magic and social empathy could leap. By saying this I do not wish to suggest that they were any more exploitative or racist than the society to which they belonged. In different ways, both father and son were more interesting than that. They lived through complex times and championed vernacular creativity in the face of its wider dismissal. Alan’s left-leaning sensibilities later connected him to the centre of the folk revival, and allowed folk songs to be preserved as a valid part of America’s rich geographic and musical tapestry. John and Alan Lomax also used the social framework of folk promote local equality (through patronage and endorsement).

After those early trips, many others – both musicians and ordinary blues fans – have gone down to the Delta. Pilgrimage has become a kind of touristic consummation of fan identity. We still don’t know enough about that connection between fandom and tourism, and about how it locates us historically and affectively as modern subjects. But we do know that it does. After all, our obsession with going down to the Delta is about using music to demarcate and heal the supposedly alienated, isolated, inauthentic, soulless, affluent white world that we come from. It isn’t about what is actually there in Clarksdale or Greenwood.