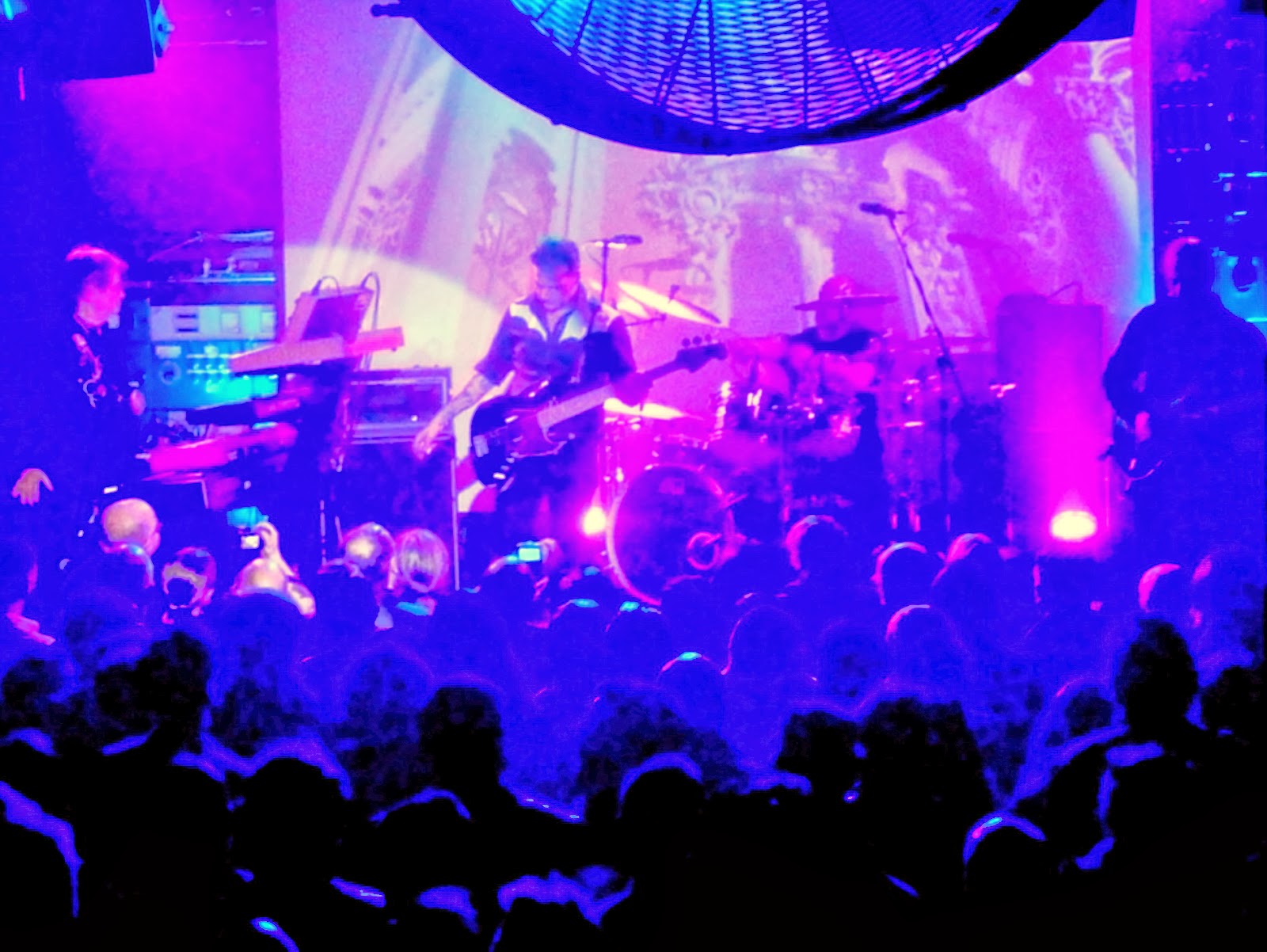 What does it mean to hear incidental movie music played live in concert? If you’ve never seen the 1970s horror films of Dario Argento, then I doubt that you will also have heard of the Italian prog rock band Goblin. For fans some, that may be just the point. The way that the two objects form a cluster of cultural tastes means that they hover just beyond sight of the mainstream, almost as if purposely created only for genre enthusiasts.

This wonderfully pensive music anticipates the inventiveness of the murder scenes in the film. What’s interesting here is that on Wednesday I couldn’t hear it without thinking about those scenes. Surely, then, both Simonetti and Argento got it right: it was as if Goblin’s music was saying, “Wait. Watch out. Something bad is about to happen. But be a bit excited too – it will also be creative!” Compare it to the abysmal, Iron Maiden style ‘No Escape’ by Shadows from the Wilderness Orchestra (who?) used later by Agento it to accompany a grisly scene in his film Opera (1987). If was as if the latter music said, “Let’s be depraved and not care about this murder. In fact, it is kind of exciting.” More distancing for the spectator, and in my opinion, much less fun. I think the inadequacy of ‘No Escape,’ however, has much more to do with the poor quality of the track than the way it is used in the film. Argento could have used ‘Ace of Spades’ by Motorhead at least.

Goblin have undergone some Spinal Tap style name changes over the years from “Goblin” to ‘Back to the Goblin,’ then ‘New Goblin / Goblin rebirth,’ through to ‘The Goblin Keys’ and ‘Simonetti’s Goblin,’ back now to just plain old ‘Goblin.’ Despite that, Simonetti’s note-perfect renditions of the Goblin’s best known material really hit its mark… He has killed, and he will kill again!

Led by its Brazilian-born 62 year old leader, Claudio Simonetti, Goblin have thrived on a long running association with Italy’s master of darkness. From the mid-1970s to the mid-1980s, both Argento and his chosen rock band du jour sustained a creative collaboration which went beyond the usual movie soundtrack scoring. Argento used Goblin to express his fantasies of being taken as a creative musician. Together they made a series of largely instrumental records that are creative, diverse and compelling.

The interesting thing now is that it’s hard to know quite where Argento cinematic art stops and Goblin prog rock starts. Consider the film Susperia (1977), for instance. In a move that reversed cinematic convention, Argento commissioned Simonetti to create a haunting and evocative score that was then used to inspire the shooting of his film. Asking whether Susperia have been the same without Goblin makes no sense, as Superia could not have existed in the same way without Simonetti’s input. Scored by another group, would Argento’s surreal brew of Freudian character motivations and macabre gore ever have hit its cinematic mark?

Goblin entertained a packed audience of hipsters last Wednesday night when the band played at Gorilla, one of Manchester’s new music venues. I stood up in the gallery to get an overview of the event. I have to say, I also waited for the Argento-era tunes that I could recognize. One thing I found interesting was that, though, was that the band and their horror association might have seemed a bit on the heavy metal side (think back to 1999 when Simonetti played in Daemonia), but Goblin’s eclectic, funky, symphonic style then licensed heavy rock fans to groove to what was, in places, actually suberb disco (‘Tenebrae’).

When the band stormed into the incidental music for Profundo Rosso, my pulse started racing:

It would be fair to say that both Argento and Simonetti are creative, and it is the yoking of their mutual creativities that makes both Profondo Rosso and its incidental music fully matter. So I am left wondering: would we be going to see Goblin if it wasn’t for the association with Dario Argento? To what extent does Simonetti’s estrangement from Argento’s more recent work contribute to its limited cinematic pleasure? And if music works because we can use it to signify moments, would it be fair to say that some of those moments can be entirely fictional?