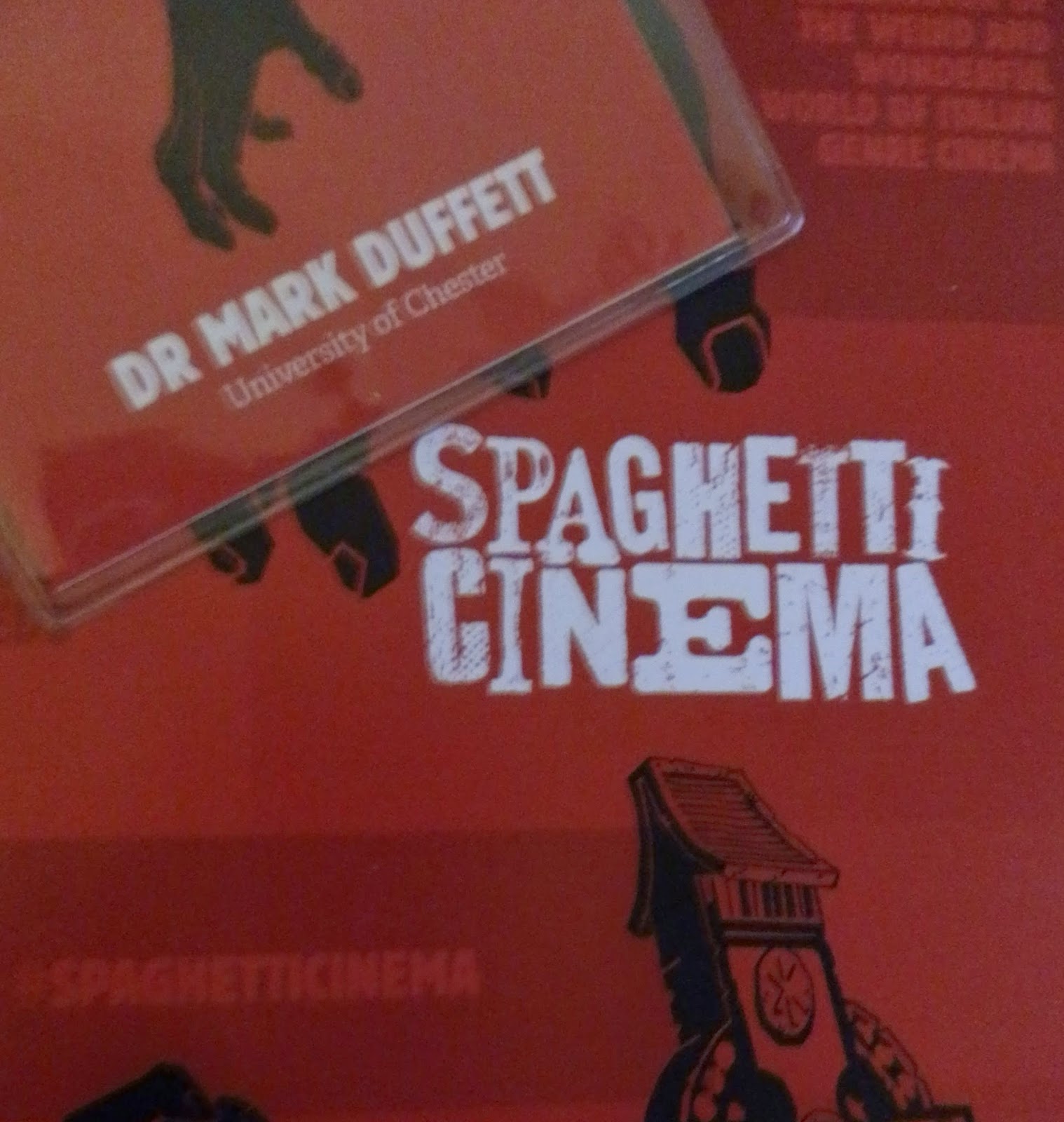 Earlier this month I attended Austin Fisher’s excellent Spaghetti Cinema conference in Luton on Italian horror cinema. There I presented a paper on the role that rock fandom has played in director Dario Argento’s celebrity image. My argument, in brief, was that music fandom – when professed in public by high profile individuals – operates as an expression of affective commitment which guarantees a person’s other public roles.

Argento’s rock fandom positions him as a consumer, fantasist, aficionado and critic. Those four roles, in turn, have enhanced his reputation as Italy’s premier ‘master of horror.’ Indeed, both his auteurist films and musical choices – whether Goblin, Morricone or Brian Eno – have placed him just beyond the American mainstream. His own fans can therefore enjoy his particular combination of avant-rock and cult horror in a way that also allows them to express their own cultural capital.
Professor Peter Hutchings’ keynote at the conference explored the development of the label ‘Eurohorror.’ He noted that while directors like Argento did have their own fan followings back in the 1980s, there was no collective term to unite their output. The notion of ‘Eurohorror’ emerged more recently from a nostalgic movement based around cult film distributors like Arrow and Shameless who actively seek to unearth and repackage lost gems of European horror cinema to discerning genre fans.

Agreeing with Hutchings, I’d also add that ‘Eurohorror’ as a descriptive process has its musical wing in the shape of independent labels who release obscure soundtracks. This brings me to an event that I recently attended at Manchester’s Dancehouse, where Andy Votel and his team from the label Finders Keepers screened a creepy Sergio Martino thriller, All The Colours of the Dark (1972). Finders Keepers have dug a bit deeper references to Goblin, and released scores by the likes of Bruno Nicolai. If you are unfamiliar with Nicolai’s excellent, breezy compositions, listen to this one from another giallo, The Case of the Bloody Iris (1971):
I mention all this because I can find no clearer statement about the preservation and expression of cultural capital in popular music than this one from the Finders Keepers website:
“… We are very grateful and happy that there is still a community of hopeless cultural escapologists who thirst for unknown pleasures [and] expands beyond the comfort zones of pre-packaged pop and spoon-fed Hollywood designer drivel. The outsiders, the unknowns, the unpolished and the over-politicized. Banned, canned and critically slammed.”
… Hey, I wonder, by any chance have they been reading Bourdieu?
Scroll Up Top