Skip to content
Share
At the end of 2013, the Huddersfield university student Johanna Maria Mangel came to interview me for her study on perceptions of female pop fandom. She transcribed the interview as part of an appendix for her project. I asked her if I could reproduce an edited version. This is the second of two parts…

How do you imagine the male musician’s themselves see their fans?
From what I gather there’s very much a mixed complex reaction there, because I think, a lot of musicians are grateful to their fan following. Fans are the frontline of their marketing. They are the people that feed the musician’s ego. They are the reason that the performer is carrying on in a vocation. A few performers may also have a certain dilemma, thinking that people only love them for their image. Yet that love is real and palpable to them, and it is important – it signifies their social role. On the other hand I also think that a few of them have a certain fear that the fans will just devour them. That relies on a certain set of stereotypes and concerns, but some fans certainly express their desire in very strong ways. Ordinarily, though, I think musicians have a sense of affection for their fans, and can also express a kind of a distance and jokiness – a sense of ‘Once you step into this life this is what you get.’
I think that from Elvis onwards, the idea of young female fandom itself increasingly became a stereotype. It became something that was socially recognised and accepted as both kind of weird and yet not weird, because everybody went through it. By the time things got to glam rock, you get this ‘Oh well, that’s just what they do’ attitude. Some in the music industry are quite cynical about that, they’ve said things like ‘You can set your watch to young girls going through puberty’ and that kind of stuff.
What are the different areas of debate over teenage female fans or ‘groupies’?
There have been various areas of academic debate about young female fandom. One is the idea of teenagers and bedroom culture – an academic interest in fans being social with each other. Then there’s a whole area of debate over very dedicated fandom and music, and the idea of fans being ‘extreme.’ What this concerns with is what if these young girls go and act on their desires, get closer and maybe have sex with these guys, who has agency there? Are they vulnerable, or are they making their own choices and being smart about it as writers like Pamela Des Barres have claimed? Rock and pop are quite different in that sense. There was a famous Rolling Stone issue about ‘groupies’ and it’s writing had connotations, like ‘Great! Here are some sexually available women, who will do anything,’ and that kind of thing. Whereas a lot of the literature around this from former ‘groupies’ has explained encounters were monogamous and romantic, or if it was just about sex then they still felt that they had some kind of agency. For example, consider the Plaster Casters… I think it still connects to stereotypes about pop fandom, because the idea is that female desire is not just mysterious, but it’s also repressed, so if it’s unleashed, all hell will break loose – anything can happen. I think the idea of ‘groupidom’ captures those kinds of anxieties.

The argument that is made in the film Groupie Girl (Ford, 1970) is that this girl wants to get closer to the band, but eventually – it’s a ‘rite of passage’ film – she’s disillusioned because once she gets there, it’s all a bit sleazy and it’s not just the band: she has to sleep with people around them and it goes a bit horrible and nasty. Finally, I think it would be misrecognising everything to sexualise a lot of those fan desires and encounters, because they’re not always like that.

Do journalists write what they think or what their editor tells them to?
I’ve heard that stories have been set by the editors beforehand. Some journalists are sympathetic to fandom, though. I ended up doing some quotes for a story on Justin Bieber fans that came out as an ebook that was called OMG! Justin! 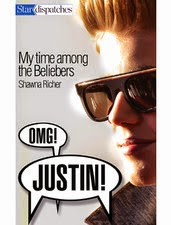 The journalist who wrote that (Shawna Richer) went on tour with the fans and she was relevantly sympathetic towards fan culture, so that’s worth looking at. Justin Bieber and 1D are the current people who seem to have the sort of ‘massification’ of audience that attracts unproductive stories.

Has boy band fandom really changed a lot since the ‘60s?
There is absolutely a similarity, I think, in some ways. The Beatles were sort of offered to audiences almost like a boy band. They were all dressed in the same suits. They were paraded around as four lads who kind of joked about. Glam rock was slightly more knowing in terms of… when Elvis did that kind of stuff, and the Beatles, it was all relatively new. Capital Records definitely marketed the Beatles as a totemic act. The label didn’t talk all day about their music. They talked about how popular they were. It was that sort of marketing that evoked that kind of pop audience. One of the interesting things about Beatlemania was that it eventually marked a certain turning point, where art rock started. So the Beatles were able to use that critique of mass culture in their own marketing. They effectively dismissed their pop fans and said ‘We’re better than that now, we’re more adult, more artistic. We’re going after a more mature market. We’re going to do more serious music.’ That is interesting because, when you go back and listen to songs, they had titles like ‘I Want To Hold Your Hand.’ Ironically, the Beatles used to be a tight little rock’n’roll band, and were very much inspired by Elvis. Both Paul and John Lennon were huge Elvis fans, and they saw Elvis movies.
What kinds of things happened in early Elvis fandom?
Already in the ‘50s there were instances where Elvis had his clothes torn off, where fans drew with lipstick all over his car – that became a scene in one of his first films, Loving You (Kanter, 1957), which explored ideas about female fandom.

Elvis became a famous singer in it who couldn’t go out in public without prompting trouble. It was almost a parody of his own life, really. Celebrity following was seen as part of the social process of country music, but actually I think the interesting thing – especially in the South where he performed for two years before he became a national figure – was that the audience was all ages. There were older people in the audience and young kids. It wasn’t just young females, but marketing agencies spotted teens at that time and it became a big thing. When you look at young women at that time, they were dressed very adult, because the idea of adolescence was only just taking off back then.