Skip to content
Share
Nigel Patterson works for the Australian government and has been a dedicated Elvis fan since 1969. 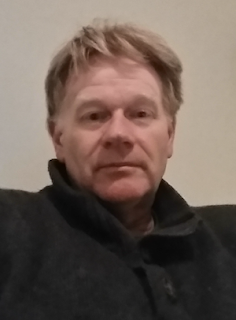 His participation in organized fan club activity in the Australian Capital Territory from the mid-1980s onwards led him to start the Elvis Information Network in 1999. It rapidly became a prominent and respected Elvis site. EIN recently reviewed my book Counting Down Elvis, so I took the opportunity to interview Nigel, hoping he might provide a fully-fledged ‘insider’ account of Elvis fan culture. He is living proof, however, of the idea that academia and Elvis fandom are somehow fully separated is a myth: Nigel once ran an academic course called ‘New Perspectives on Elvis Cinema’ at Canberra College. He has also kept up with academic writing on the Presley phenomenon.

This is the third and final part of a three part interview. Click for part one and part two…
You may be unusual as a fan for taking an active interest in the few academic debates around Elvis. The government asks us to justify our research on the basis of behavioural change in the real world. Is there anything you have read in my work that has caused you to change what you do at EIN?
That is an interesting question and not one I’ve previously considered.
I think the value of academic commentary such as yours is that it provides us with a better understanding of the dynamics surrounding acceptance/non- acceptance of Elvis and how ‘connection to Elvis and other fans’ operates on a subliminal level. In this sense it necessarily informs at least some of our articles and commentary.
For example, in your book, Understanding Fandom, you address the issue of whether Elvis fandom was or is religious practice and enlighten the reader to the relevance of Emile Durkheim’s study of the social ecology of Australian clans engaged in totemic religion; the function of the division between the secular and the sacred in society; and as mentioned earlier Durkheim’s concept of ‘effervescence,’ where crowd members (read ‘Elvis fans at Graceland’) experience is so strong that they subconsciously recognise their shared connection.
Also, your work is appreciated by many people as it dispels the notion that ‘fans’ are an overly obsessed group when in fact there is only a small proportion of fans who are obsessive, and in the context of changes in media technology and production, fandom has become a central mode of consumption for people with a shared interest or passion.
In your view, what aspects of the Elvis phenomenon has existing scholarship underplayed or missed out on?
What an interesting question. The only issues that spring to mind are Elvis as an agent of social transformation and the power of Elvis fans to come together to aid those in need, are often not given adequate recognition.
In the case of Elvis’ socio-cultural impact, a number of academics have argued the case but generally it seems to be an understated and under-appreciated issue by many academics and music journalists, although this is slowly changing. In my opinion, it contrasts starkly with academic and music journalism discourse around the Beatles and the social change they ushered in.
Academia has published (and I suspect will continue to publish) many thought provoking volumes which educate, challenge and position the Elvis story in an objective, rather than subjective, framework involving rigorous and analytical consideration. 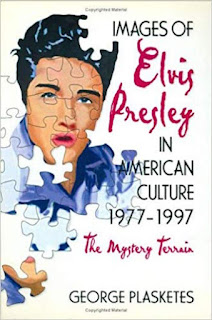 Your books on fandom – as well titles such as Elvis Culture (Doss); Images of Elvis Presley in American Culture(Plasketes); Elvis AfterElvis The Posthumous Career of A Living Legend (Rodman); Graceland: Going Home with Elvis (Marling); InSearch of Elvis (Chadwick); Dead Elvis (Marcus); and A Sociological Portrait (Leasman) – offer a broad variety of aspects to and perspectives on how Elvis is perceived and should be viewed in the context of academic analysis.
Regarding the second issue, Elvis fans (through fan clubs) have a rich history in raising money for charities and other worthwhile causes. It would be interesting to compare these efforts in relation to similar undertakings by fans of other celebrities. The findings also may be instructive in informing the issue of a shared morality or charter among Elvis fans.
You are a very avid Elvis reader. Can you tell me about that – do you see that as part of or a separate thing to your music fandom? How do they work together? By what criteria do you judge outstanding additions to the Elvis library?
I have always been a reader – in my youth I devoured adventure and science fiction novels such as Robinson Crusoe, Black Beauty, Tom Sawyer, and Journey to the Centre of the Earth. By my late primary school and early teen years, when I was expected to read often dense and slow moving books for high school – think Bleak House by Dickens, my tastes diversified and reading pulp fiction and film/television related books became a favourite pastime. I read all of Ian Fleming’s James Bond novels, found pleasure in many of Whitman Publishing’s television related releases such as The Man From U.N.C.L.E., Circus Boy, Lassie, Spin and Marty and even its series of books targeted at girls, particularly the Donna Parker and Annette series, the latter of Mickey Mouse Club fame and who I had a big crush on as an eight year old. The Whitman books had a generally formulaic but engaging narrative style that appealed to both sexes.
Those genres were a welcome relief from the more complex and less adventurous books dominating school curriculum. I was more interested in exciting adventures that took me away to exotic places far from the humdrum of school lessons.
In relation to my Elvis reading I have quite eclectic musical and literary tastes so I can often find pleasure or things of value in publications others may find not as interesting. I don’t get to read as often as I would like these days. Work is often busy, I am employed in a policy area with the Australian Government, and other interests have increasingly encroached on my time for ‘things Elvis.’ I have many Elvis books I’ve only skimmed though and I expect when I retire I will have time to properly explore them.
When I read an Elvis book I am usually interested in either refreshing my knowledge and understanding of the Elvis story or otherwise looking for something new or something that has historical significance.
I have been an advocate for books written by Darrin Lee Memmer. Some have taken exception to this claiming Memmer’s books are biased and challenged his often controversial conclusions. Personally, I find the books stimulating and a much needed counterpoint to the somewhat tiresome ‘generally accepted’ stories published in most new Elvis books.
I don’t agree with everything Memmer has written or concluded, but I do appreciate his research and often fresh perspective on his subject matter. In particular, some of his most recent books have added significant historical records of ‘things Elvis’ through word-for-word interview transcripts and in relation to the death of Elvis, the author accessed official documents archived in the University of Memphis. These records included fascinating material from the Jerry Hopkins archive and the actual police, medical examiner and hospital reports from August 1977 and transcripts of the official interviews with the paramedics and doctors.
But getting back to a core of your question, to me the intertwining of my appreciation of Elvis’ music and deep interest in books written about him is a complementary thing, although I have to admit I listen to much less Elvis music after nearly 50 years as a fan compared to the number of Elvis related books I regularly read.
What do you think Elvis’s interests in reading and/or film viewing said about him as a person?
By all accounts (and his personal library) Elvis had a voracious appetite for reading. While Elvis may not have been well educated in the formal sense, he was certainly well read and knowledgeable on many subjects. In a sense Elvis was, like many others, ‘self-educated,’ had an inquiring mind, and could converse on a wide range of subjects.
In his younger days he was an avid reader of comics, his favourite being Captain Marvel Jr (with his cape!) and western novels. In his adult years his personal library was an eclectic collection comprising books on American and British politics, history, war, guns, and a range of sports including martial arts. As most fans know, he also had a substantial collection of spiritual/religious and metaphysical books. 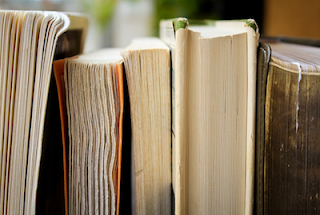